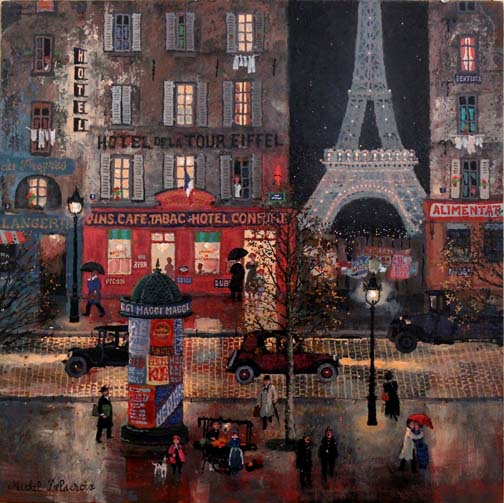 Michel Delacroix is truly a French original: an acclaimed master of the naïf tradition and one of the most popular artists in the world today. A self-styled “painter of dreams and of the poetic past,” Delacroix has devoted five decades to painting a city he calls “the Paris of then,” the magical place where he was born, where he spent his boyhood, and where he continues to live to this date.

Yet the Paris Delacroix paints, is not the urban metropolis of the present. It is the dream-like place the city became in the 1940’s, during the Occupation, when “we suddenly jumped fifty years into the past. No more cars in the streets, very few lights. Paris suddenly became very quiet, very dark, and though people were afraid, there was a brotherhood and spirit that was very delightful.” For Delacroix, who was then a child of seven and spared by his age from understanding “the cruelties and absurdities” of war, it was “the one great adventure of my life.”

And it is to this special Paris – a Paris of by-gone years and innocent splendors – that Delacroix has returned to over and over again in his gentle works. These works, renowned for their graceful balance of “the earthy and the urban, the cosmic and the ordinary,” have captivated private collectors, museums and ordinary people alike throughout the world, earning the artist both universal acclaim and numerous awards.

In the U.S. alone, Delacroix’s work has been featured in over 300 solo exhibitions from New York, Boston and Washington, to Los Angeles, San Francisco and Seattle. Abroad, his work has been exhibited throughout Europe and Japan, and forms part of the permanent collections of the Musée International d’Art Naïf and the Fondation Max Fourny in Paris – and of private collections around the globe.

In 1994, Michel Delacroix was selected by the U.S. Olympic Committee to be an Official Artist of the 1996 Centennial Olympic Games and commissioned to paint three works. Two of the works became Official Posters of the historic Games and the third, the Cover Art for The Sound of the Games, the Official five-CD box set of the 1996 Games, which featured Gloria Estefan’s theme song, “Reach.” Further honors followed a year later when Delacroix was named the Official Artist of the 1995 Special Olympics World Games and was joined for the unveiling of his commissioned work, ‘Sport. Spirit. Splendor.’, by Caroline Kennedy.

In the fall of 1996, Michel Delacroix took part in a three-month, coast-to-coast U.S. tour of his work. Organized by his exclusive publisher Axelle Fine Arts, in association with galleries nationwide, the tour took Delacroix to major galleries from New York to Seattle for important solo exhibitions of his acclaimed artwork.

Following the tour, a Delacroix painting, ‘The Paris I Love’ (Le Paris que J’aime) was selected to be the Official Image of Artexpo New York 1997. Inspired by Artexpo New York 1997’s theme of Love, the work was used to create a special limited edition, as well as the Official Poster and Catalog Cover Art for the event. 1997 was also the beginning of his long collaboration with Montecristo Cigars. Each year since then, Michel has been commissioned to create an image for the cigar collection. To date, eight beautiful paintings have been used to grace the covers of their cigar boxes and humidors.

In 2002, Michel was commissioned to create, Noel de Paix à Washington, the signature image for the White House’s Christmas Pageant of Peace. The limited edition serigraph was hugely successful and sold out immediately. Michel was honored with another milestone the following February, celebrating his 70th birthday, with the release of a new hardcover book, Once Upon a Time in Paris. Today Michel continues to paint and spends his time in Paris and Cambodia with his wife, Vany. He maintains a very simple life and enjoys his children and grandchildren. 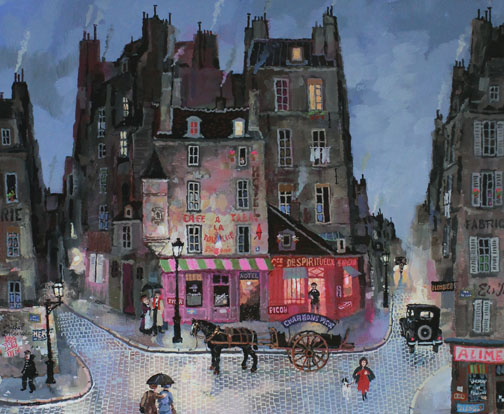 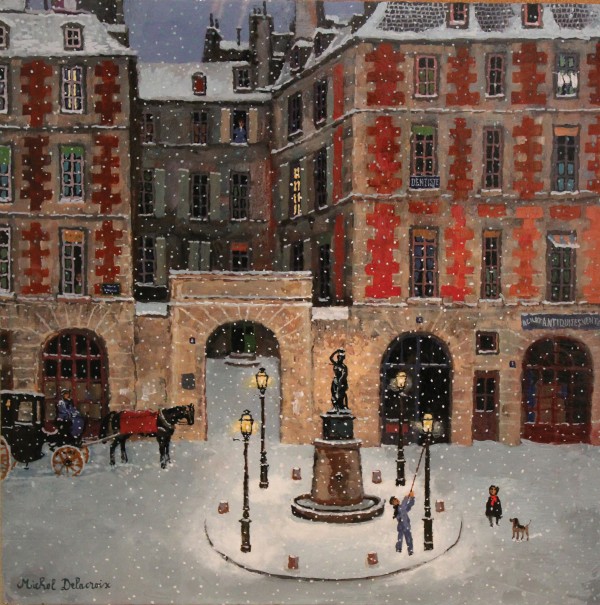 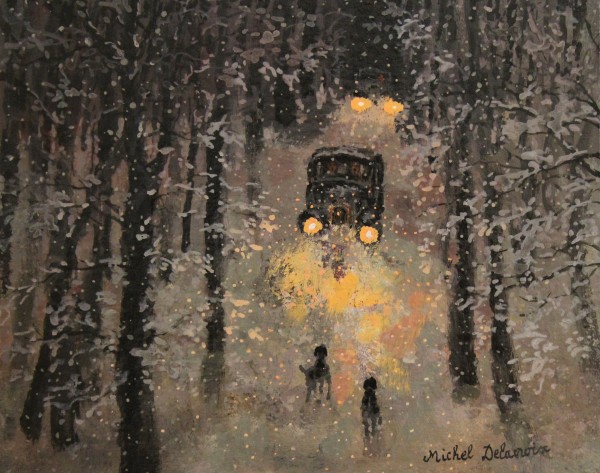 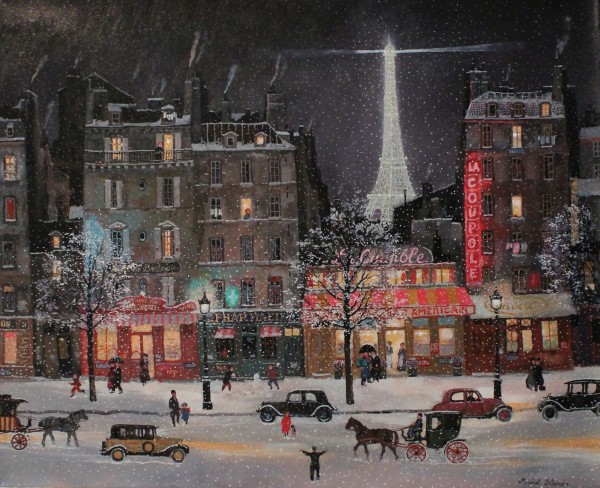